Group Practice in 2 Hours Per Week

Hello, this is Uriah with Productive Therapist, and this is Group Practice Made Simple. In this episode, I wanted to give you just a little bit of info about my group practice and how I run it with about two hours of time per week.

And I want to share these things with you not in any way to brag or say that I’m amazing, but to give you just a little bit of a window into what could be possible for you.

So Guilford Family Counseling is actually about five years old. We have 7 clinicians currently, most of them full time. We got up to 10 clinicians earlier in the year, but we’ve kind of tightened things up, and now we have seven awesome people on the team. We’ve got healthy referrals and revenue. We’re about 75% private pay and 25% insurance at the moment. And I’ll just give you a quick idea about who I have on the team.

So I have a clinical supervisor.

I have a practice manager.

I have a site supervisor.

I have an intake coordinator (who’s a virtual assistant with Productive Therapist, of course).

So here’s a little bit of a breakdown of the hours that it takes me to run my group practice in a month. So I did some calculations and I spend about eight, I would say maybe eight to ten hours on my group practice per month. So it’s around two hours a week or so. Of course, there’s always some random tasks or meetings that pop up that kind of fluctuate a little bit.

But here’s the breakdown.

So I write a weekly update email that goes out every Friday that takes me about a half an hour.

Once a month, we have a staff meeting on Zoom, so that’s about an hour per month. So, you know, roughly 15 minutes per week or so.

And then I do some monitoring of our social media marketing and our Google AdWords, and that takes me maybe, let’s say two hours a month or so.

I do still write our monthly newsletter that goes out to our past clients, current clients, and then all kinds of other folks as well. I just enjoy doing that, so I’ve kept that task on my plate and that only takes me about an hour per month.

And then currently I’m only seeing one or two clients every other week, and then I’m actually going to be minimizing that even more and taking a bit of a sabbatical, maybe a long sabbatical.

I think I’m going to write another post on that about why I’m retiring as a therapist; I’m super excited about it.

But so that’s maybe two hours or so a month, right around there. So roughly eight hours a month, which I think is very minimal. In fact, when I sat down to write all these things down, it helped me realize that my practice actually is running incredibly efficiently and does not require that much of me at all. 🙂

The team that I’ve established and refined and worked with over the last five years, more so honestly in the last two years, is really working efficiently. They communicate with each other. They support each other.

And then I’m here for a backup if I’m ever needed. So that’s group practice made simple in a sense.

We have good systems, we have great people, and I think I do a pretty good job of leadership, even though my investment of time and energy into the practice at this point is pretty minimal.

Of course, if you have a group practice now, no matter what stage you’re in, you will understand how much work it does take and that it is pretty intensive, especially for the first one or two years.

But longer term, once things get to be really solid, the foundation is there and there’s some growth, but maybe not constant, it becomes very, very manageable and enjoyable.

Not without challenges, but still manageable and enjoyable!

I’m super proud of what I’ve built here. I’m super proud of the team, honestly. We were just on a staff meeting call the other day and I was bragging about our practice manager, Jamie, and our our intake VA, Tiffany. And I told the whole team and they understand that most of the reason that Guilford Family Counseling runs so well is because of those two people. Everybody contributes in some way, but without those two positions being filled and being executed very, very well, it wouldn’t be nearly as seamless as it seems to be.

So that’s a little bit of info. I hope that’s helpful. I think wherever you are in your journey, it’s a good idea to map out the team members that you want to have, even if it’s just you right now doing all the things.

Maybe you would want to add a virtual assistant to help with your phones and your scheduling at some point.

Maybe you grow to a point where a practice manager really makes a lot of sense to take a bunch of things off of your plate.

Maybe you outsource the insurance billing, bring on a clinical supervisor, etc.

Basically, the Productive Therapist way is (if I can say that, actually at some point, I need to write a manifesto of some sort), but outsource the things that you don’t enjoy or you’re not good at and then keep on your plate the things that you really love doing or you’re particularly good at or only you can do.

That’s the way to be the most productive, and honestly the most happy with your business, with your practice, and with your life in general.

So there you go. Group practice made simple.

And I think you’ll know what I mean.

But it’s possible to run a good practice, a solid practice, with two to five hours a week. And you can do less or more, but it’s definitely doable.

So thanks for listening. And if you want more info and resources, go check out productivetherapist.com. Take care. 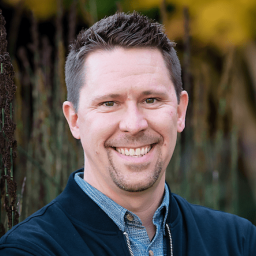 Uriah is a group practice owner and the creator of Productive Therapist. He is a technology nerd, a minimalist travel packer, a rock drummer and business development enthusiast. 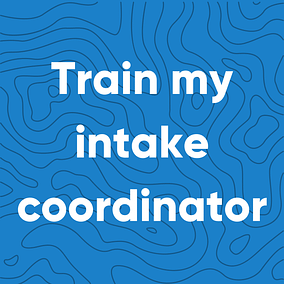 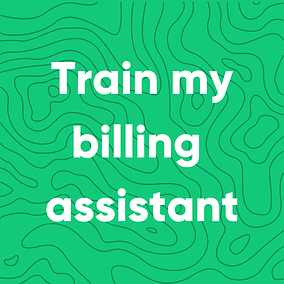 Ready to get more done & have more fun?

Sign up for our Productive Therapist Membership to level up your personal productivity & delegation skills.

Please log in again. The login page will open in a new tab. After logging in you can close it and return to this page.